Whose win is it anyway? 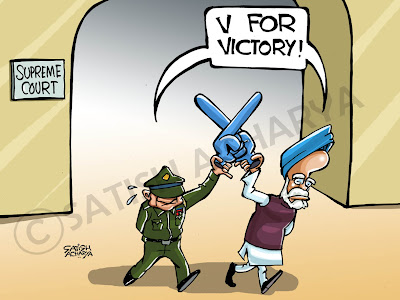 A trivial issue which should have been sorted out within the four walls of MoD, has become a tamasha in the court. Technically the Army Chief loses his war in the Court, but the govt not making any effort to sort out the issue amicably is an embarrassment. Both the teams claim the honour is restored, but who's really the winner? Midday cartoon
Posted by Satish Acharya at 6:39:00 AM