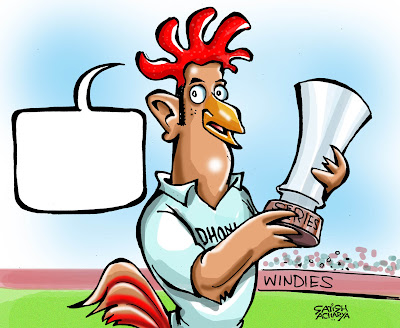 Team India was widely criticised for not going for a win in the last Test against West Indies. Dhoni had two choices after losing the opener off the first ball, to chicken out of the chase, or still go for the chase. If we had lost the Test, he would have been labelled as headless chicken for his chasing decision!
Sify cartoon
Posted by Satish Acharya at 9:00:00 AM